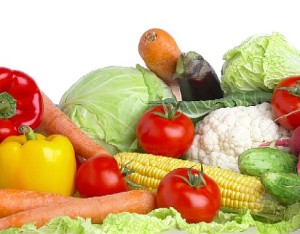 Every Monday, Wednesday and Friday I go to a couple of different Walmarts here in the city and pickup food donations. It’s a relatively new experiment for Walmart, in Oklahoma City anyway. It’s pretty simple. Whatever meats, breads, fruits and vegetables the general public wont buy off the shelves anymore are given to us. You know, the soft fruits and meats that are 4-5 days away from ‘expiring’. The foods that we affluent people won’t have anything to do with anymore.

In months and years past this food that goes unbought at stores has been thrown away. Crazy. Perfectly good meat that still has several days until it ‘expires’ is thrown away because most people consider it too close to expiration date.

Well, not anymore. At least not at two locations. This food is now given to us at Cross & Crown in order to distribute throughout the neighborhood. At times it has been overwhelming. Some days we have been given 4-5 pallets of watermelon, nectarines and plums. Other days we have received over 1,500 lbs of frozen meats! Although it has become overwhelming at times the thought of all that food being thrown away three times a week is even more overwhelming. Overwhelming…..and frustrating.

I think if you were to ask the employees at Walmart what they thought about the whole process of donating the food they used to throw away they might tell you they wished they still threw away the food.

Now there’s a lengthy process. Each department has to scan, organize and account for all their donations. Then the managers have to approve the donations. Then employees have to scan the donations out. It just makes for a lot more work. I get that part. Even though, I’m sure there was some type of process of accounting just throw the food away.

What doesn’t make sense is waste. At least, not to me. I think throwing that extra food away is wasteful. Some don’t.

For instance, Wanye (not his real name). Wayne works at Walmart and is always very helpful when we come to pickup donations. Wayne questions whether or not the donated food being given away for free is helpful or not.

Wayne asked/stated, “Does giving the food away for free not just enable people that aren’t working to keep not working because you guys just give them stuff for free?”

“Shut up, stupid”, I replied to Wayne. Not really.

It seemed like an honest question. Maybe one that he has spent a little time thinking about. Also, maybe a question that he had pretty well decided he knew the answer to but wanted to hear our point of view.

Pops (aka, Paul. aka, my dad) was with me this particular day. The question was directed toward him and so he went on to explain. He explained, like most of us who work at Cross & Crown have had to do from time to time, that the food we give people and families is incomplete. What we supply families with is a supplement.

Families get a box of food with a few cans of green beans, corn, a couple cans of pinto beans, fruit, some pasta noodles, rice and cereal to go along with ‘expired’ meat and borderline, non edible fruit and vegetables. And, they can do this once every two weeks. You think this enables people not to work?

Now, I’m not trying to be rude or sarcastic (because I know it’s tough to tell the difference when you’re just reading and when you can hear someone’s tone in real life). I’m really not. But, that’s just ignorant. According to Dictionary.com ignorant means, “lacking knowledge or information as to a particular subject or fact,” or,”uniformed.”
Therefore, in this particular instance, Wayne is ignorant.

That’s not necessarily a bad thing though. I’m ignorant in a lot of matters. I’m, probably, ignorant in more areas of life then I’m actually….non-ignorant or wise. It just means he doesn’t know any better or maybe he hasn’t really thought intensely about the matter.

A family of 5 that receives a box of food containing the elements I mentioned earlier might be able to make 2-3 incomplete meals if they were to utilize every item within the box. So, the meals would look like this…

Meal #1 – One can of green beans. One can of corn. One can of pineapples. Half a bag of rice. 1lb of ground beef (half of the meat given to them). One loaf of bread.

Meal #2 – One can of green beans. One can of corn. One can of sliced peaches. Half a bag of rice. 1lb of ground beef (the other half of meat they received). One loaf of French bread.

Meal #3 – One can of pinto beans. Pasta noodles (no sauce). 5 bananas. Lettuce (no dressing, croutons, sunflower seeds, tomatoes, etc. You know, all the good stuff). One bag of glazed muffins.

So there’s three days worth of dinner for a family of five, assuming that they don’t work and just live off of what we give them.

What are some of the first words that come to mind when you read this meal plan for the first couple days of the week for five people?

And, really? Bananas with pasta noodles and pinto beans?

You get the idea. People can’t live off of the food we give them but it sure helps. It helps when they can save 7-8 bucks off their bill at the grocery store with the meat we give them. 3-4 dollars worth of bread. 10-15 dollars worth of canned goods. You all have been grocery shopping before. This stuff adds up but in no way would JUST these items be enough to sustain a family of 5 (and in most cases 5+).

So, if you ever have similar thoughts that Wayne had or wonder, “Hmmmm. Isn’t giving people free food just enabling them to be society leeches and not to be contributors?”, come find me at Cross & Crown and I’ll give you a box of food to live off of for 2 weeks. At the end of the two weeks come back and we’ll do it all over again. We’ll see how that works for you.

One of the reasons we supply food to those in need is to meet physical needs that, for whatever reason, have not and are not being meet. We believe this is important. It’s important because, I think, Jesus thought it was important.

However, meeting physical needs is not our primary objective. Yes, clothes, food, shelter, education etc. are all crucial and necessary. Meeting these needs is critical for both those in need and those with the resources to do so.

It’s no secret…the gospel is our primary objective.

Jesus is our primary objective.

The food, clothes, medical clinic, legal aid, whatever. These are all really great things but, if not for the message of Jesus, are nothing more than a temporary fix.

Food rots. Clothes are outgrown. Health deteriorates. The law, well, we all know how successful that has been lately.

Some people like to think of all the physical ‘goods’ that are offered as a “hook”, if you will. A “hook”, “bait”, call it what you want. I guess those terms are fair since Jesus was in to making people ‘fishers of men’. Whatever people want to call it, I tend to take a somewhat different approach. If meeting people’s needs results in an opportunity to speak directly about Jesus, so be it. If talking directly about Jesus leads to an opportunity to meet someone’s needs, even better.

I think, it is better said like this…
“We don’t feed people to share the gospel. We do it because it is the gospel.” – @hughhollowell